(Notes from the conference session at Evolving the Forest, Dartington Hall, 19-21 June 2019)

Our children have been slowly disappearing from public life and in our forests independent children of any age are now a rare sight. Taking note of Tim Gill’s (Rethinking Childhood) observation that “the visible presence of children and youth of different ages and backgrounds (…) is a sign of the health of human habitats, just as the presence of salmon is a sign of the health of the river”, this should be of great concern to all of us.

For this reason Inez Aponte, our Communications Manager, hosted a panel discussion at the Evolving the Forest Conference at Dartington Hall, called Inhabiting the Forest. The panel consisted of Roger Worthington, Head of Recreation and Public Affairs at Forestry England, Mark Renouard, Co-founder of Earth Wrights, Independent Artist and Educator Anne-Marie Culhane and Chris Salisbury, Founder of Wildwise.

We discussed the importance of forests to childhood and community wellbeing and explored how we might encourage healthy, regenerative relationships between children and nature.

In the light of an exponential rise in Ritalin prescriptions for ADHD, Roger Worthington quoted research published in the American Journal of Public Health 2004, which concludes that a ‘dose of nature’ worked as well as, or better than, a dose of medication. He emphasized that forests have “massive tangible and intangible values” providing health and wellbeing benefits as well as hope, dignity and a sense of identity for residents. “Forests and woodlands being in proximity to people’s lives is an opportunity for connectedness, ownership, involvement, participation and education. BUT this can only come about through dedicated and inspiring people, community rangers and volunteers.”

Anne-Marie Culhane picked up on the theme of identity and focused on the need for new woodland cultures. She spoke about the importance of whole families – children, young people, parents, grandparents – sharing a creative, ritualised, celebratory reclaiming of space. “We all need to play, explore, learn, celebrate, share stories, be mischievous.” By creating opportunities for communities to be in active relationship with place and get to know trees as food source, habitat, cultural artefact, shelter, old friend…by inviting them to re-inhabit the commons and co-design their spaces “we are creating, what Nick Groom calls, intangible cultural heritage.”

Mark Renouard concurred that we need a culture change and focused on how we might shift both our inner and outer landscapes. “This means changing our attitudes towards children’s wild natures and becoming more playful ourselves”, he proposed, “as well as creating physical invitations that counter misconceptions of forests as dangerous places.” Playful design interventions can tell a different story about the woods as places of joy and discovery and create memories that stay with us into adulthood. “As a species we evolved in a forest setting and children’s innate ‘biophilia’ gets activated when they re-encounter it. At a time when our species is under existential threat, it has never been more important to get our kids back in the woods.” 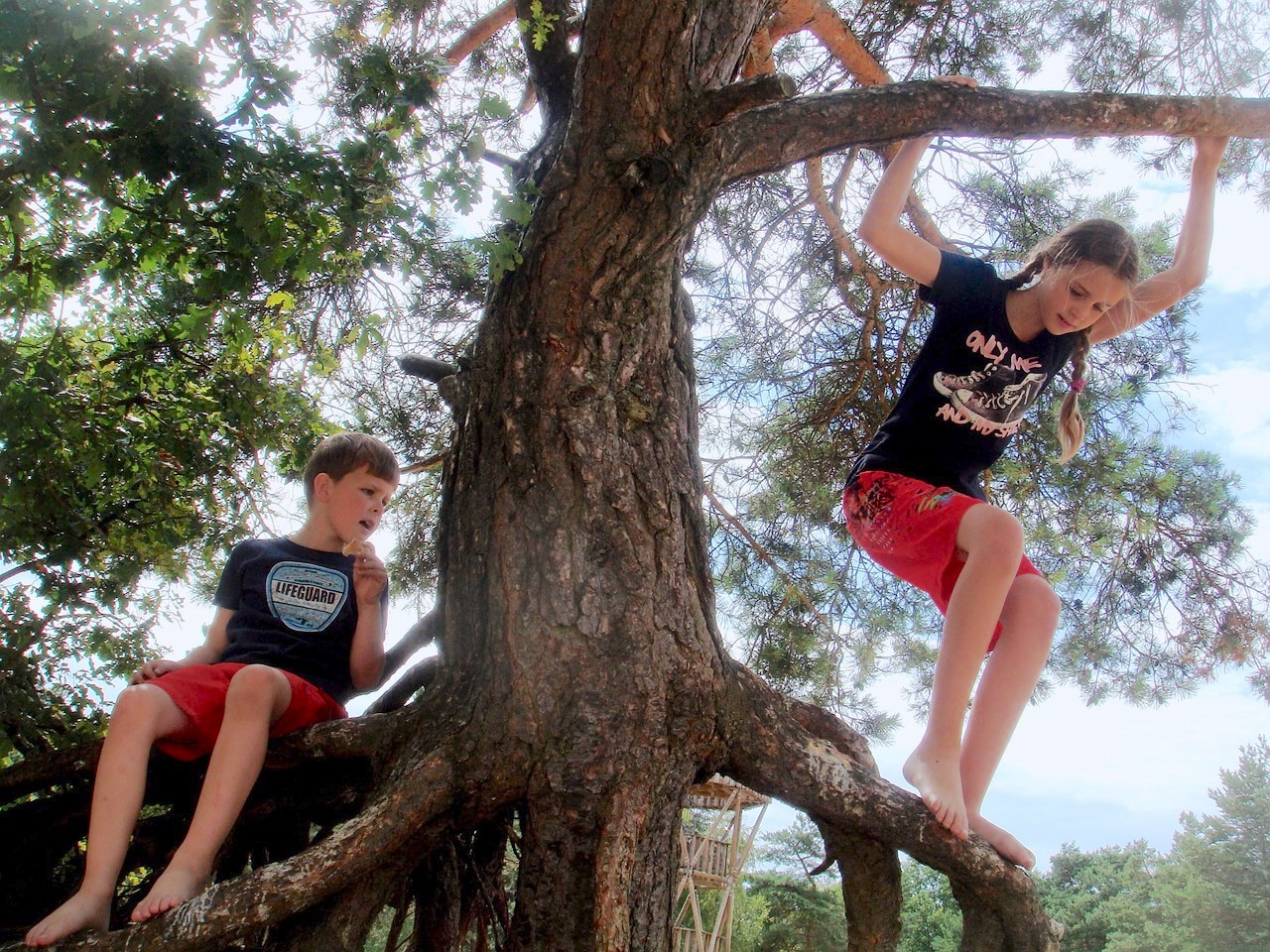 By their irregular and unpredictable nature, forests offer an abundance of play “affordances”. According to Chris Salisbury these “latent action possibilities” offer the kind of freedom and creative potential that children need to fully develop, invent their own games and rituals, and, in doing so, create their own culture.  As a storyteller he emphasized the magical potential of the forest “as a portal between two worlds” – a place that functions as a threshold between the mythic and the everyday and a pathway into our collective imagination. He described the profound transformation he had seen in kids from the city after just one night in the forest. “We must make space for the wild forces in our children.”

After the presentations we turned to the audience for questions and ideas.

There was general agreement that we needed culture change. How could we dispel the myths of danger associated with the forest? Would speaking of individual trees instead of ‘the forest’ allow more meaningful relationship to arise? How about establishing Open Forest Sundays along the lines of Open Farm Sundays? How can we help children and adults better understand (the needs of) the forest?

Several times the words of David Attenborough were referenced: “No one will protect what they don’t care about; and no one will care about what they have never experienced”

It was a rich conversation which we hope to continue and move forward into positive action. We believe that if we take seriously our mission to create a culture in which children, and adults, harmoniously co-inhabit the forest alongside other species we have an opportunity to foster a new generation of humans who will love – and protect – the forest.