Wild and Free – Making the world your playground 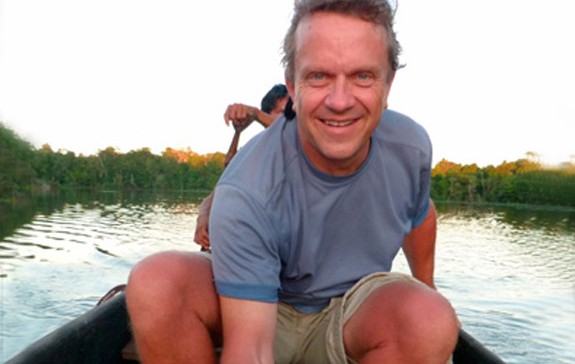 Mark Hannaford is the founder of World Extreme Medicine, the world’s leading provider of expedition, wilderness and remote medicine training courses for medical professionals. As someone with a passion for outdoor adventure we were interested to hear his views on natural play.

Remember playing outside? What are your strongest memories of outdoor play as a child?

As a kid I always wanted to be outside. We lived in Plymouth for a while and had a big field behind the house where during the summer groups of kids would get together to play football and cricket. I also spent a lot of time playing in the woods and as soon as I was old enough, I would cycle onto Dartmoor and camp out with a friend. I must have been 10 or 11.  Other times I would go off walking in the day and cooking in the woods and stuff like that. And I loved walking the coast path.

What is the riskiest thing you ever did as a child?

Oh, I suppose some of the trips I’ve done didn’t really have a plan. I would go at 9 o’clock in the morning, just me and my dog, and not come back until after dark, sometimes 10 o’clock at night, and in those days of course with no mobile phone. I guess I would take a map with me, but it was all fairly unplanned and I didn’t really know where the heck I was going. I don’t seem to remember my parents being particularly concerned though. They were probably thankful for the break!

Do you remember what it felt like to have that kind of freedom?

How did those childhood experiences shape you as an adult?

I always had this desire to explore and have adventures, so between my second and third year at university I took part in a 3-month long Raleigh International expedition to Chile. After that, I stayed on and travelled from Patagonia overland up to Costa Rica and Panama. That was it. I had caught the bug. When I finished my degree I went on another Raleigh expedition crossing the Tanami Desert in Central Australia.

Then I thought I had to conform, so I came back and got onto a graduate training program, and the most important thing it taught me was what I didn’t want to do. Even though I ended up with a fairly well-paid job, I realised that I had to get back to doing what I loved. So one day I got offered a job driving an RIB in Kamchatka in the Russian Far East. Initially I turned it down because it was only a one-month contract, but for some reason I couldn’t get it out of my head and I was in the car on my way to a meeting and I just decided to call them from the car and take the job. A month later I was in Kamchatka. Then, as they say, everything led from there. I absolutely love what I do: it does good in the world, I can make a living from it and my kids have also benefitted from going on trips with me.

I guess you can say I followed a passion for exploration that began in my childhood and it has done me okay really.

Apart from inspiring you to become an adventurer, what do you believe are the benefits of outdoor play?

Firstly, I think there’s the engagement. We are part of nature, so to not engage with the world outside our houses and beyond our streets completely misses who we are as a species. There is a sense of excitement and wonder you get from playing outside. As much as we try to close ourselves off into buildings and use technology we do live in the natural world. And it is an amazing world.

Play in nature also leads to physical and mental robustness. Typically, when you’re playing outdoors you’re playing with other kids, learning personal interaction and learning how to solve problems. Like learning that it doesn’t matter if you get cold and wet because actually as long as you know you’re going to go home and get dry and warm again it’s only temporary. As you get older of course you learn that getting too wet and too cold can be dangerous for you, but when you’re playing as a kid that’s generally not the case.

I think play teaches you everything that is important about life actually. And it’s essential for happiness when you get older. It taught me that I wanted to make sure my kids got a massive dose of nature. And as they are leaving home it is opening the door for me to return to the outdoors myself. 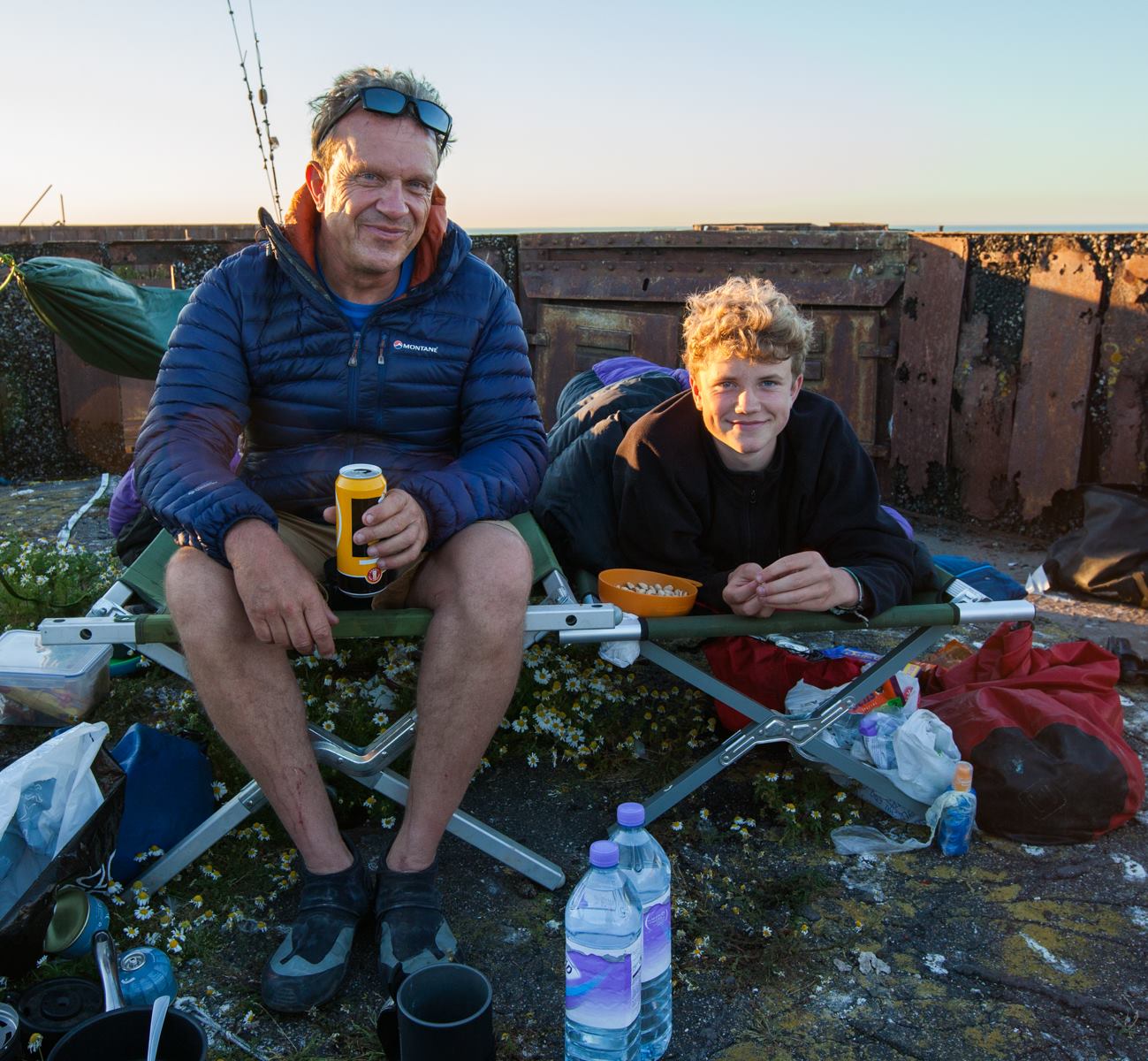 Based on your travels where have you experienced the best play opportunities for children?

We had a remarkable experience travelling in Brazil in a remote area called Chapada dos Veadeiros, which is south of Brasilia where we spent about six weeks at a time. Every time we returned, as we were walking up the track to wherever we were camped, children would appear out of the bushes and whisk our kids off. That was really quite amazing. The fact that the kids there were free to roam and knew their environment, and they knew they were going to be cared for because the culture is so family orientated. You could just hear our kids with the locals playing in the bush, having the best time with chicks and animals, or exploring by the rivers and in the forest. That was their playground.

I used to cycle a lot when I was a kid and I’ve let my kids cycle, but there are a lot more cars travelling much quicker and I’m nervous about it. I am certainly much more reluctant to let them go for a long cycle down to the coast than I suspect my parents were when there was a lot less traffic on the roads.

But apart from that I think it’s perception. I don’t think it’s actually any more dangerous to go and play than it was before. But I think we’re taught by society to be much more protective of our kids, and to avoid taking risks. I think that’s wrong. I think kids are just as safe as they have been. The press and the media don’t do us any service, because they don’t report “Oh Johnny and Jim had a great afternoon playing outside”. What they report of course is if they got attacked. Statistically I don’t know whether that’s increased from my childhood or whether it’s more widely reported and better recorded, but there is definitely more fear. When we took our kids away for the first time there were friends who would say:

“Why are you taking them there? Isn’t that dangerous?” But actually, it’s probably safer in Namibia than it is here: there are fewer vehicles, medical care with insurance can be got just as quick as it can be here and typically is of a higher if not the same standard. So, in terms of risk assessment we were safer playing and travelling with the kids in Namibia than perhaps we were on a day to day basis in the UK.

Where do you see opportunities? What could we do as a society to create better outdoor play for kids?

Also using outdoor play to address mental health issues. At the conference I’ve just run we had Jason Fox, a former SAS sergeant in Afghanistan, (‘Who Dares Wins’) being interviewed by Dr. Bentley Waller who did numerous tours of Afghanistan as a doctor.  We had them talking about PTSD and one of the really interesting things that came out of that conversation is that as a child you’re not taught what life ahead of you involves. Things like: it’s normal to get depressed at times. It’s normal to struggle with stuff. That mental illness is a debilitating disease and should be treated like any other disease and not be looked down upon. I think using play to illustrate some of those life lessons, teaching kids about this from an early age in an outdoor environment would have an amazing impact on society as a whole.

It would have to have water in it. It would involve canyoning in places. It would have rocks and boulders you could climb over and then use ropes to lower yourself down. When I was a kid, I absolutely loved the idea of tree houses with bridges between different trees and being able to slide and go up and down those.  So my dream play space would involve water, boulders, climbing, clambering, tree houses and sand to land softly. 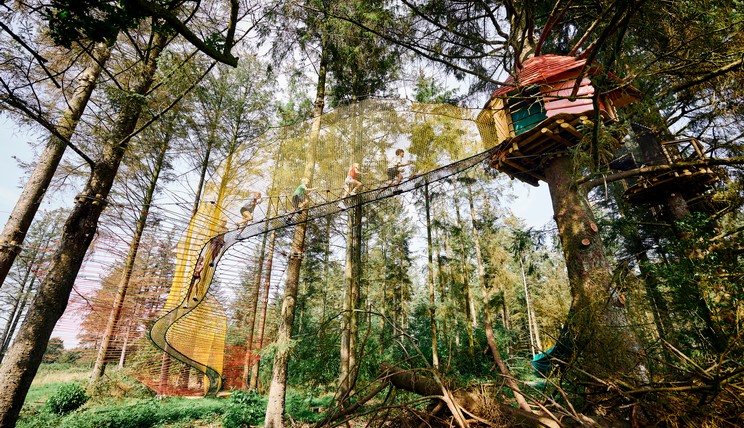 We design & build innovative play habitats to get kids outdoors and into nature. #naturebasedplay #playgrounddesign #naturalplay

Amazing! The rain held off and today we opened the new Children’s Garden @RCHTWeCare A triumph of community spirit too. Thank you @EarthWrights @seasaltclothing @kierconstruct @CornwallCollege plus many more :-)

Another beautiful, bespoke play tower coming together in the workshop 😍

Some little (and not so little) clues as to what you may find in the new children's garden... all to be revealed at the official opening next Wednesday, 29th June. Watch this space. #BuildingBrilliance #EarthWrights @EarthWrights @CornwallCollege @kierconstruct @seasaltclothing